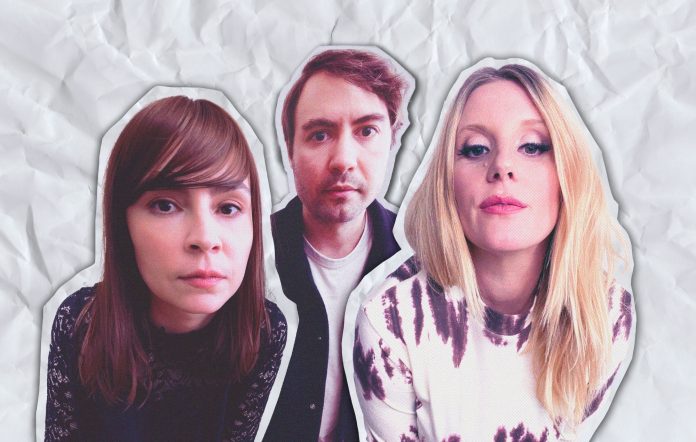 ‘Premonition’, which is about “birth and rebirth”, comes after an unintended five-year hiatus and “transformative period” for the group.

White Lung had initially begun work on the project in their hometown of Vancouver in 2017, before frontwoman Mish Barber-Way discovered she was pregnant with her first child. The COVID pandemic followed, as did another baby.

In a new interview on White Lung’s official website, Barber-Way opened up about how her pregnancy, sobriety and experiences of being a mother had inspired the forthcoming album.

“The first three songs were written, then I found out I was pregnant, and ‘Premonition’ became about that,” she explained.

‘Date Night’ finds Barber-Way on a date with a drunken God while driving a Cadillac around LA. “I think I was disturbed with the state of the world, and with Los Angeles and my life there,” she said of how the single came about.

“I felt like that part of my life was expiring, so I was projecting those angry and scared feelings out onto the city of LA because it’s safe and comfortable to live in your anger instead of being self-reflective.”

Barber-Way continued: “I was imagining driving around Hollywood with God like we’re in the flying car at the end of Grease and just asking him what he thinks about the world. God would be drunk and laughing and smoking and telling me what a joke we all are and how we screwed it all up. And, of course God is hot.”

‘Tomorrow’, meanwhile, was written when the frontwoman found out she was pregnant: “There was a very serious understanding that life would be different forever and I was relieved to welcome that change.”

Both singles arrive with a video by Justin Gradin, who also created the ‘Premonition’ cover artwork.

As for their decision to end the band at this point, White Lung said: “We recorded this album four years ago and in that time each of our lives has grown and changed so much.

“We felt like this record was the right endpoint and we are happy the songs will finally be released.”

‘Premonition’ was helmed by White Lung’s longtime producer Jesse Gander. The full tracklist is as follows:

White Lung Have Announced Their Fifth And Final Album ‘Premonition’