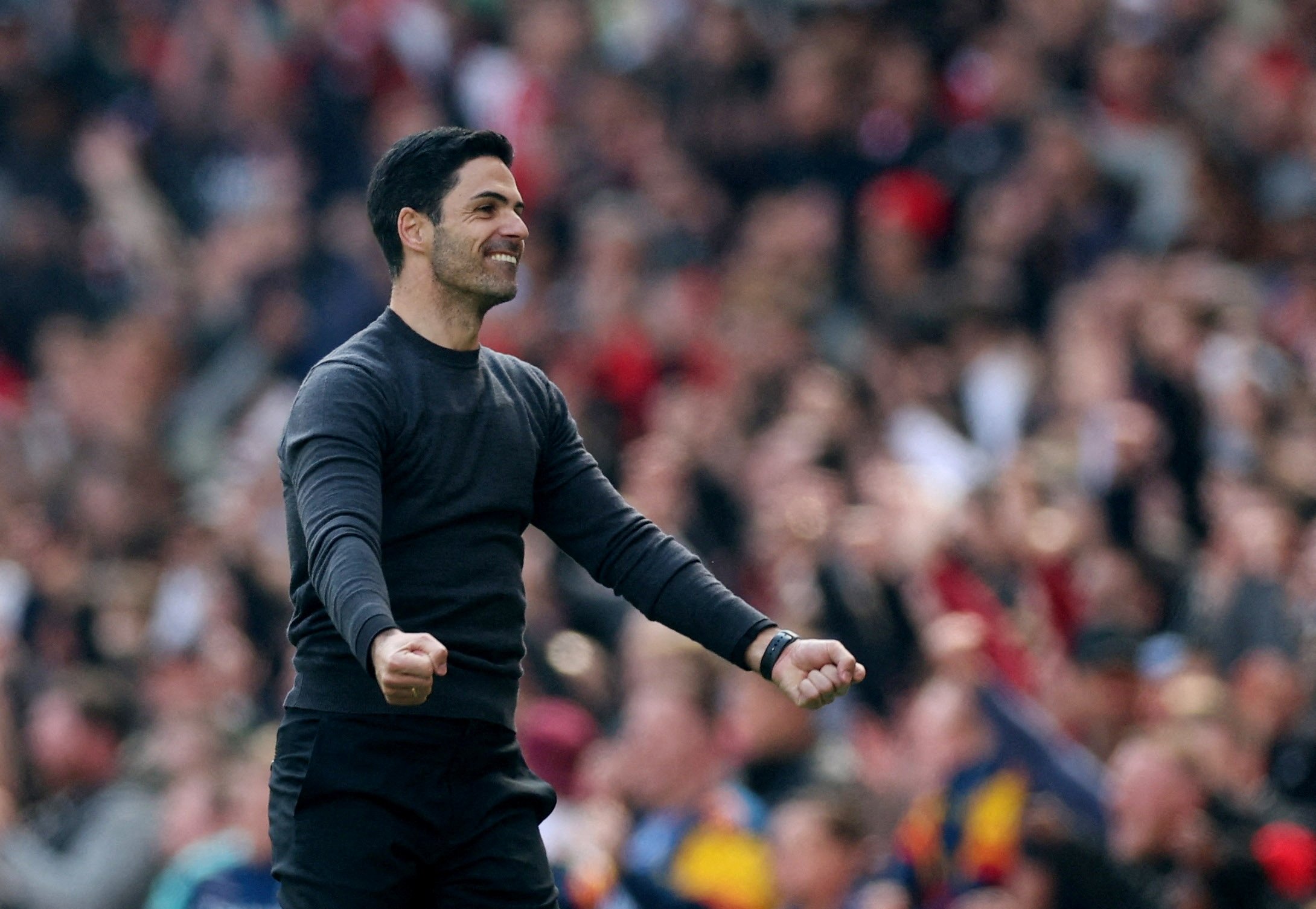 Nine members of Mikel Arteta’s senior squad will be in action over the next fortnight, with UEFA Nations League ties the main focus in Europe and those all-important friendlies taking place across the globe in the final window for players to impress ahead of the World Cup in November.

Therefore, all eyes will be on the likes of Aaron Ramsdale, Kieran Tierney, Bukayo Saka, Thomas Partey, Takehiro Tomiyasu and Granit Xhaka to see if they report back to London Colney next week unscathed ahead of the Premier League clash against Tottenham Hotspur.

As one would expect, the Arsenal manager will be hopeful nothing happens during the international break to impact his side’s fantastic start to the 2022/23 season where they sit top of the Premier League table, a point clear of holders Manchester City and rivals Spurs.

It should be pointed out that it remains to be seen if Martin Odegaard links up with the Norway team as despite an injury keeping him out of the 3-0 win over Brentford at the weekend, he’s not yet been pulled out of the squad and head coach Stale Solbakken is expecting to see the attacking midfielder over the next week or so.

“We are in regular dialogue with him and Arteta and Arsenal’s health sector, as it is called in Danish. Nothing has been decided there, so there is still hope,” he said. “They are the ones who have had ‘hands on him’ up until now, and they are in dialogue. He’s not doing well now. Now it’s a matter of getting a final decision on whether he can be in both or one game. We’ll certainly see him in Norway, either as a player or a ‘fourth coach’. It means a lot to have him.”

Overall, though, this break does come at a perfect time for Arteta as he will be able to do extra work on the training pitch with as many as 13 first-team players, perhaps welcome one or two back from injury while he can also call up a number of the club’s promising youngsters.

Interestingly, this group won’t feature any of the Gunners’ three senior goalkeepers as Ramsdale, Matt Turner and Karl Hein have been called up by England, USA and Estonia respectively, but it will include central defenders Ben White, Gabriel Magalhaes and Rob Holding.

Elsewhere, Portuguese fullback Cedric Soares will have a chance to step up his recovery process after missing the last two games through injury and the same applies to Oleksandr Zinchenko who wasn’t selected by Ukraine because of a calf muscle problem sidelining him for a fortnight.

Emile Smith Rowe can use the break to treat his ongoing groin problem, Fabio Vieira and Albert Sambi Lokonga are the other fit and available midfielders – with Mohamed Elneny a long-term absentee – to have stayed behind having not been selected by the Portugal U21s and Belgium respectively.

Arsenal’s forward line has not been affected at all. With Brazil also deciding against calling up Gabriel Jesus and Gabriel Martinelli it means the pair can be present in training alongside compatriot Marquinhos, Eddie Nketiah and the fit-again Reiss Nelson who made his return ahead of the Brentford game.

In comparison to other teams in the Premier League, the Gunners may not be as heavily impacted by the international break, although the hope is that no one returns with an injury because very soon, the fixtures will be coming thick and fast as we enter a busy period that culminates with the World Cup.

And Other Arsenal PlayersFabio VieiraMikel Arteta Is Practicing Alongside Gabriel Jesus