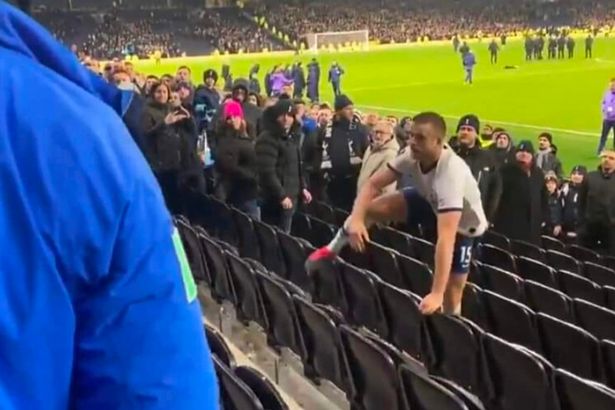 Eric Dier has warned English football has such a “serious problem” with crowd behaviour he has banned his mum from going to away games.

Dier was given a four game ban and £40,000 fine after he climbed into the crowd to protect his brother Patrick from being threatened and abused during a game at Tottenham in March 2020.

England defender Dier also revealed members of his family and friends even took stick when Tottenham played at Chelsea last month which comes on the back of a worrying rise in violence and pitch invasions last season.

Dier said: “It has definitely got worse. For me it is a serious problem. I had some family and friends at the Chelsea away game with Tottenham and they had problems and stuff. Not nice ones either. It is a huge, huge problem.

It was verbal at Chelsea, not physical – but, like, bad stuff. One incident was in the Tottenham away end. I am saying it is football fans in general.

“I’ve never spoken about that situation (his brother) in the press before because, to be honest, I wasn’t at all happy with the way it was handled. I don’t know what I can say about it because I don’t know if I’ll get banned or fined again or whatever.

“It wasn’t too dramatic like people make it out to be. But yeah, I don’t regret it at all and I’d do it again. [For] my family, my teammates, anyone, a friend of mine. I consider myself to be extremely loyal.

“I am not dramatic about it – and I don’t think anybody should be. It it really not that big a deal for me. But there are some things I find very strange. It is not nice.

“My mum has not been to an away game. She would love to, but I would be worried about it – and that’s crazy, isn’t it. I feel too uncomfortable for them to go to away games.”