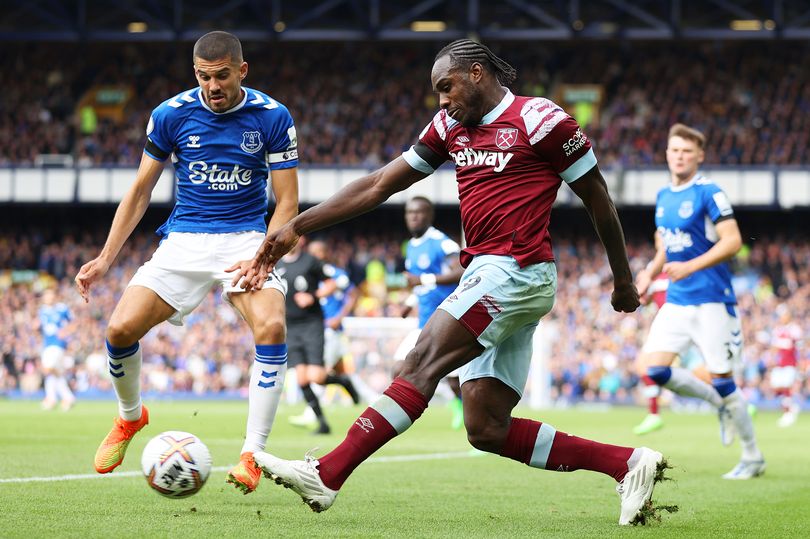 The Hammers have struggled for goals in the Premier League so far this season, netting just three times in seven league matches, the joint-lowest amount of any team alongside Wolverhampton Wanderers, their next opponents on Saturday, October 1.

While domestically, West Ham have averaged a goal every 210 minutes this season in the Premier League, goals have been much easier to come by in the Europa Conference League, with the Hammers netting 12 in four matches in Europe so far at a rate of one goal every 30 minutes.

Scamacca has found goals hard to come by so far in the league, while Antonio has scored once in the league and also provided one assist. However, West Ham’s two recognised strikers are both joint-top scorers so far this season in all competitions with three, all of Scamacca’s have been in Europe while Antonio has come off the bench to score in home wins over Viborg and FCSB.

Asked whether starting both of them together is an option for Moyes, he said it is something he would consider, but that if he did so, it would require to play three centre-backs in that formation.

“It’s a sort of question people will ask me when things aren’t looking so good,” said Moyes after Sunday’s 1-0 defeat to former side Everton.

“We might consider and look at it if we think we’ve got the players. We’ve got [Nayef] Aguerd coming back, which will give us something different as well.”

So far, the duo have only played 13 minutes together for West Ham, when Scamacca was bought on as a substitute in a 2-0 defeat to Brighton and Hove Albion. His arrival saw Antonio play as a left winger briefly before he was taken off himself. Scamacca has come on in place of Antonio three times this season, while Antonio has replaced his Italian colleague on four occasions.