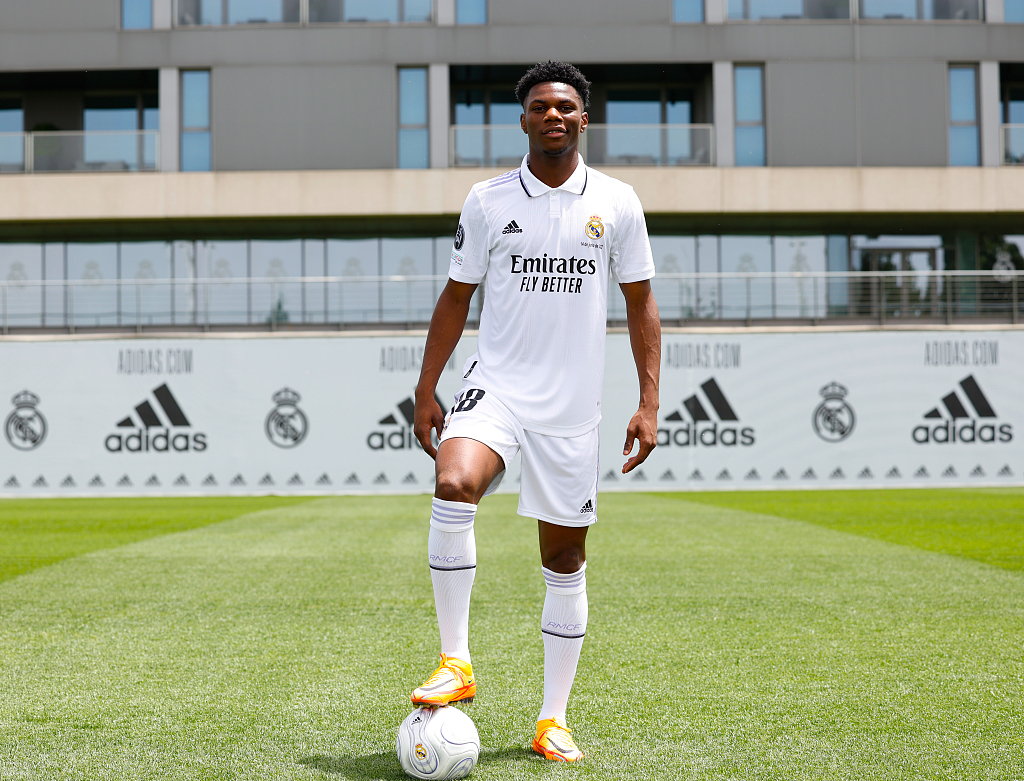 After two years with Monaco, the 22-year-old put pen to paper on a six-year deal with Los Blancos this summer, moving to the Santiago Bernabeu for a fee of around £85m.

Real Madrid fended off competition from a host of Premier League clubs to land the France international, although it is thought that Chelsea were not in the race for his signature this summer despite expressing their interest 12 months earlier.

After winning the Champions League at the end of the 2020-21 campaign under the tutelage of Thomas Tuchel, the West Londoners were keen to bolster their options in midfield.

Both Conor Gallagher and Billy Gilmour were allowed to go out on loan, while primary target Declan Rice was deemed not for sale by West Ham United.

According to football.london, Chelsea identified Tchouameni as a potential target and years of work behind the scenes has be put in to build a relationship with the midfielder and his entourage.

The report adds that the Blues were one of the frontrunners to recruit the Frenchman and the prospect of representing the European champions would seemingly have appealed to the youngster.

However, The Telegraph claims that senior figures at Stamford Bridge, including former sporting director Marina Granovskaia, were not convinced that Tchouameni was ready to make the next step in his career and they were reluctant to spend big on the midfielder.

Chelsea eventually passed up on the chance to sign Tchouameni and instead recruited Saul Niguez on loan from Atletico Madrid on deadline day.

Niguez, however, ultimately struggled in West London and endured a forgettable temporary spell at the club, starting only 11 of his 23 appearances across all competitions.

The Spain international has since returned to his parent club Atletico, while Tchouameni excelled in his final year at Monaco before moving to Real Madrid in July.

Following the departure of Casemiro to Manchester United, Tchouameni has established himself as a first-team regular under Carlo Ancelotti this term, featuring in eight games across all competitions.

Earlier this month, Ancelotti praised the Frenchman for his performances in the first team, but the Italian is “not surprised” to have seen him settle in so quickly.

“We’re not surprised by Tchouameni. He’s a spectacular player. It was difficult at first, but you can tell he feels very good,” Ancelotti told reporters.

“In training, you can see that. He plays well in defence and in attack. I’m happy with him and I hope he continues to improve.”

Tchouameni provided an assist for Vinicius Junior in Real’s 2-1 victory over Atletico in the Madrid derby last weekend, a result which has maintained Los Blancos’ 100% start in La Liga.