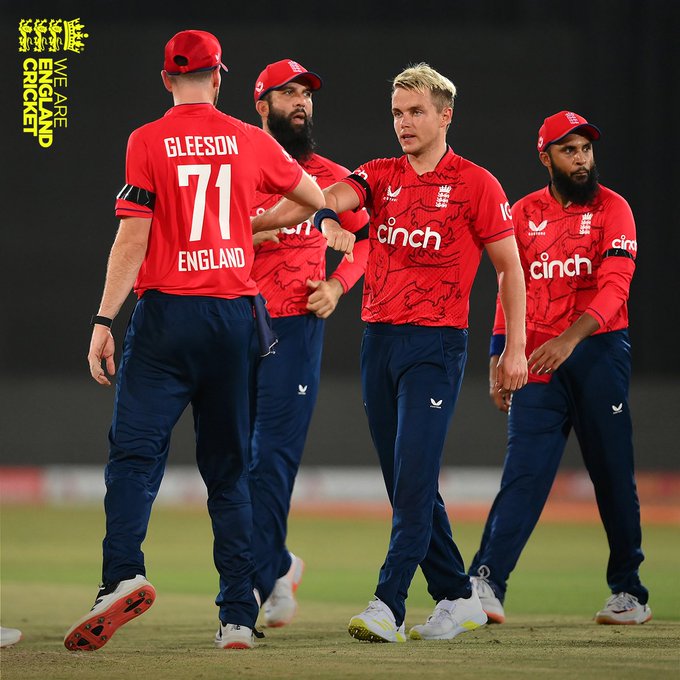 Alex Hales has marked his return to the international stage with a match-winning innings of 53 as England recorded a six-wicket victory over Pakistan in Karachi.

After an injury to Jonny Bairstow, the decision was made to end Hales’s three-year international exile, and the Nottinghamshire opener showcased his skills as England posted a relatively comfortable win in the first of seven T20 matches.

Despite having won the toss, England watched as Pakistan seized control of the match during their opening stint with Mohammad Rizwan and Babar Azam putting on 85 runs from 9.3 overs.

However, once captain Azam went for 31, the innings lost momentum with Adil Rashid among the wicket-takers as Pakistan were reduced to 120-4.

Rizwan’s 68 from just 46 balls was complemented by a burst of energy from Iftikhar Ahmed, who hit three sixes on the way to 28 from 17 deliveries.

Nevertheless, the home side only made 158-7, restricted by a flurry of wickets from Luke Wood who recorded 3-24 on his international debut.

Although England hit 14 from the first over, the early wicket of Phil Salt (10) meant that they never made significant headway in the run chase during the first half of their innings.

Dawid Malan (20) and Ben Duckett (21) both made valuable contributions in taking England to 87-3 off 10.5 overs, before Hales and Harry Brook took centre stage.

The pair went through the gears to bring England well inside the run-rate, Hales injecting some pace into a disciplined innings to reach his half-century off 39 balls.

Brook made 31 off 18 to take their fourth-wicket stand to 55 runs from 34 balls before Hales eventually departed for 53, leaving England requiring 17 runs from the remaining 3.2 overs.

The pair made the final knockings of the chase look easy, Brook advancing to a format-high 42 off 25 and Moeen Alli keeping things ticking over with seven from nine.

The tourists brought the target up with four balls to spare, but a controlled performance made the scoreline look far closer than it actually was.